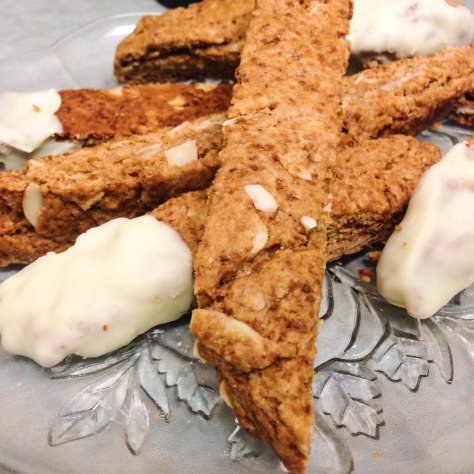 What day is it today? I turn 25. Quarter century. Where is the time flying?

I don’t have any birthday-themed recipe today, although I am having an afternoon bbq tomorrow, and I am making the full menu 🙂 Perhaps there will be some recipes I will share later on.

Yup, so I’m still going on about the cardamom & rosewater flavour combination. I started going through a phase where I was putting it in my oatmeal (YUM!), and making more donuts. This time? I was inspired to make biscotti.

If anyone watches MasterChef, they should remember one of the first episodes, where one of the contestants decided to make a biscotti along with their dish, only that Joe Bastianich described biscotti as being a cookie that’s twice baked — which is what biscotti means in Italian!

It probably sounds more difficult than it actually is. I was surprised at how easy it is to make biscotti, and I was super pleased with how well these turned out. The cardamom and rosewater is such a great combination. You’ll have to make them to taste these awesome biscottis.  Bonus? They’re vegan!

Preheat oven to 350 degrees F, and line a baking sheet.

In a large bowl, mix the flour, sugar, cardamom, and baking powder/soda. In a smaller bowl, whisk the oil, milk, and rosewater. Add the wet to the dry and mix until it starts to come together. At this point, use your hands to shape it into a dough, mixing all ingredients completely. 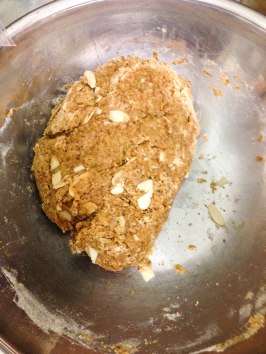 Divide the dough in half and place on baking sheet. Press down with palm to flatten, and roll it out into a log (about 1/2 inch thick). Reshape dough as necessary, and repeat with second half. 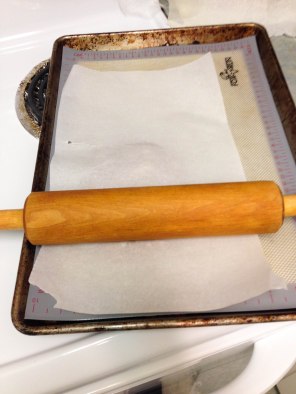 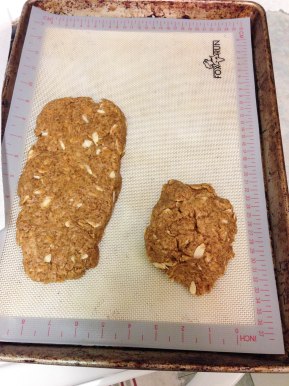 Score the logs (to guide the biscotti), and bake for 30 minutes in preheated oven. Remove from oven and let cool for 5 minutes. Reduce the heat to 325 degrees F. 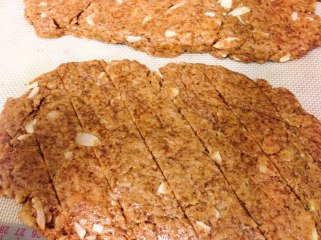 Slice the logs and place in oven (at 325 degrees F) for 7 minutes. If you want crisper biscotti, leave in for 10 minutes. Remove from oven and flip the biscotti to its other side, and bake for another 5 minutes, or longer for crispier biscotti. 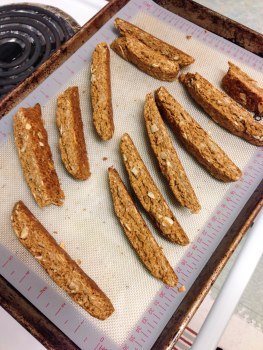 Let cool and store in an airtight container! If you want you can dip the ends with melted white chocolate (as the photo shows). It really added a great touch to it. Enjoy 🙂 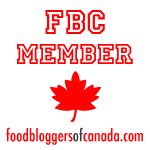